Stuart Kirkwood has been working in the HVAC industry for 35 years, including nine years in Asia. Stuart currently holds the position of Business Leader, Australia & New Zealand Region, for Ingersoll Rand.

Responsible for both Trane and Thermo King brands, Stuart is a degree qualified engineer, and a LEED Accredited Professional (AP).

He is also a long-standing member of the AREMA executive and represents AREMA on several Australian Standards Committees.

Be the first to know about future:air seminars! 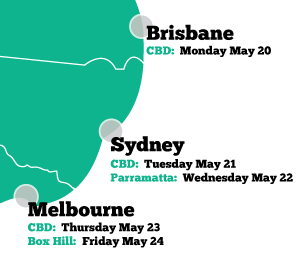